1. Does the new battery need to be activated?

Regarding battery activation, it is estimated to be passed from the mobile phone industry. In fact, the lead -acid battery is not as vulnerable as we think. The activation of the lead -acid battery is a matter of manufacturing. If the battery needs to be deeply put on the user’s hands, is it not very troublesome? What if the activation fails? If you do not fully activate before leaving the factory, how can you detect the capacity of the battery? So there is no activation statement. However, the battery may be relatively long in the production and circulation process from the factory to loading. It was originally full of electricity. Because it is self -discharged when stored, it is possible to replenish the power when loading. This is possible.

2. When charging, which end of the charger is inserted first, and after the charging is over, which one is it first? 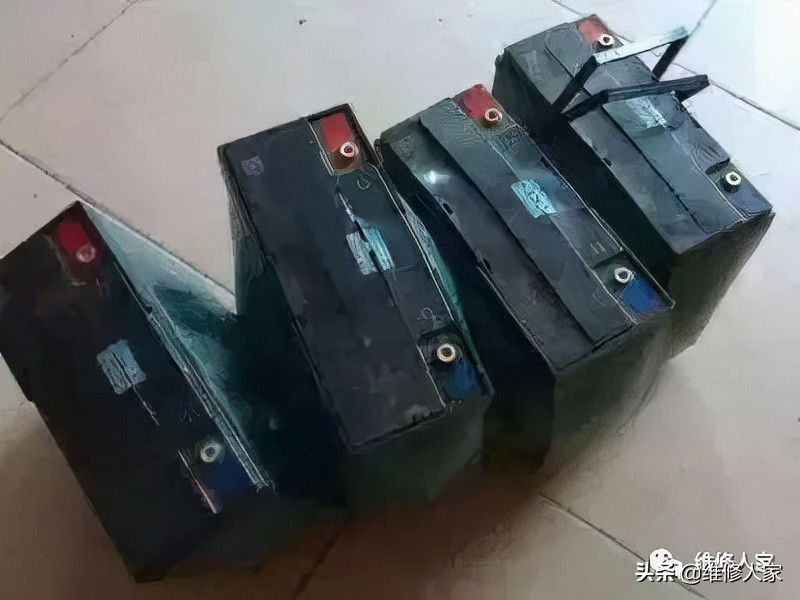 When using the charger, there is no strict regulation if you insert the DC end (battery side) or the AC terminal first. Similarly, the charger is not as vulnerable as we think. If it is damaged by the error of the connection, it is estimated that the manufacturer must close. However, due to the cost control of the charger, we will find that when the communication is connected, the high -quality charger does not have the phenomenon of fire, and most of the chargers bought on the market have a fire phenomenon. From the perspective of electrical safety, we should follow the principle of low voltage (DC) in the case of disconnecting the high voltage (communication end), which is relatively stable. That is to say After the AC, after the charging, the AC power is pulled first, and then the electric head.

3. Why isn’t the charger built into the vehicle like a controller? Why do manufacturers prohibit the charger from carried by the car?

The charger is to convert AC power into DC power, and the controller does not have a switching to DC conversion. Therefore, the charger has higher requirements for the working environment, longer working time, and its failure rate is higher than the controller. The controller is a passive heat dissipation, the charger is active heat dissipation, and the charger has higher requirements for heat dissipation. If the charger must be sealed as a controller, waterproof and shock -resistant, and at the same time meet the heat dissipation requirements. The security is also difficult to obtain. In addition, its volume is larger than the controller. In addition to occupying the space, once the damage is damaged, the professionals can be replaced by themselves. Therefore, the charger is not suitable for the built -in vehicle. Because most of the charger uses a single -layer circuit board, its intensity does not have high double -layer circuit boards, and the transformer is heavier, and there are two large capacitors. Long -term bumpy vibration with the car will cause the component to weld or even fall off. The charger fails. If you really need to carry it with the car, it is recommended to use a foam to improve the earthquake resistance. In addition, many users have the habit of rolling lines when charging chargers. We do not recommend rolling lines. If the number of times is more, the inside of the power cord will break, and the charger cannot charge.

4. Does the lead -acid battery have a memory effect? ​​Is it better to use it with the charging or the electricity?

As mentioned above, lead -acid batteries are not as fragile as we think. There are three major aspects of the common capacity attenuation of lead -acid batteries. One is the normal life cycle (the number of circulators is accumulated to gradually lose water), and the other is to lose electricity. After not charging in time, the vulcanization fails. Third, it is not used for a long time after full charging. The use of the charging (also known as the shallow charge, refers to whether the battery is used up, it is used for each time or several times), or the power is almost used (also known Good charging, this is not a key factor affecting the battery life. Due to the limited mileage of electric vehicles, in order to ensure sufficient electricity, most users are used to charging or one day a day The frequency of putting is quite frequent. According to our practice, no matter what kind of charging habits you use, when the electricity is almost used or has been used up, it is best to charge it within 24 hours. If it is stored after full charging, it should be supplemented at about 7 days. It is best to be able to ride once for more than 15 days and charge it once. The battery does not use it faster than use, and it is more difficult to maintain. It is not recommended to turn on the anti -theft alarm during storage. It is best to turn off the air switch and cut off the total power supply.

5. Is it better to chargers in the third stage or better charger?

The multi -stage is actually an extension of the third stage. As a product, we recommend that the satisfactory mid -range is better. The more complicated the control, the more unpredictable factors. It is not easy to use the three -stage research. The electric vehicle charger does not collect the data of each battery. It can be said that it is blindly charged. The detection and maintenance of the battery must be collected to the real data of each battery. Can’t stop.

6. Why should the battery be designed to charging the whole set instead of charging each battery separately?

Charging each battery separately is indeed a good way to ensure the normal life of the battery. However, each battery needs to lead the charging port. There are many wires, and the installation and use are also complicated. At present, some people with strong hands -on ability are people with insight. In this way to extend the battery life, the effect is still visible. For example, a group of 60V battery packs have 5 12V batteries, you need to be equipped with 5 chargers and 5 charging ports. Large and expensive, obviously cannot be accepted by manufacturers and major users, and in case a certain charger is broken, general users may not be able to discover in time. It is not convenient to take this charging method.

7. How is the parameters of the charger be tested. Do you need to test the same model battery pack for each type of charger during the production and maintenance detection process?

The working conditions of the charger and the detection of various parameters have a special charger detector, which uses electronic loads (can be understood as analog battery pack). Detect the chargers of various types of specifications. The charger detector can quickly collect the data of the parameters of the charger in quickly and in real time. There is no need to wait long as the actual charging. There is a aging testing session during manufacturing. This aging is not the old aging of the equipment, which refers to the continuous work of the full load of the charger (generally 48 hours). For qualified products, those who cannot pass the aging testing session are unqualified products. This process still uses electronic loads and does not need to use battery packs. However, during the research and development verification phase, both electronic loads and real battery packs are used.