Speaking of my cross stitch, it was about 2008, and the earliest began in 2007. At that time, every girl had a cross stitch in the hands of every girl. The cross stitch was very popular as early as I was in college, but I belonged to the kind of embroidery. In 2007, I worked in Songyuan, Jilin, and I started my first bead embroidery in my life. Put on the cloth surface to form a blessing word, and then mount it to my wall.

When my father died in 2008, when I was accompanied by my mother at home, my cousin opened the clinic. In order to express congratulations, I embroidered a fortune tree. I was still hanging in my third aunt’s house. What kind of bamboo reports, pink memory and so on. Later, the greater the embroidery, and I felt a little tired, so I bought a cross stitch. That year was 2013. The year when my husband and I got married.

Then at that time, diamond paintings began to be popular. I started to be not interested in cross stitch. This shelf was lying under the tatami and put it for so many years. 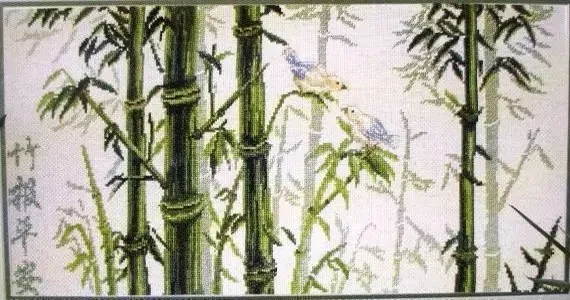 In 2019, my family was demolished tatami and installed in bed. Some of the original items under the tatami can be thrown away. This shelf sent a circle of friends to ask friends who wanted to ask for a little sister. As a result, the younger sisters moved to Harbin, and the shelf was put on the balcony again.

I met the unit’s cleaning aunt yesterday, she embroidered the cross stitch and gave her directly.